Why do bicycles not fall over when moving?

When a person is riding a bicycle, they may think that they are riding in a straight line. However, what actually happens is that when the person falls to the right or left, the rider has to make the corrections constantly, which keeps the wheels under the center of mass of the bike.

When such balancing is obtained with the center of mass, the bike will hold upright. However, when nobody does the balancing and steering, it will come to the automatic effects.

A bicycle may also stabilize itself to a certain extent and can stay upright due to certain natural phenomena that science tries to explain. There are two effects and scientific principles that are used to explain why bicycles stay upright, viz. the “Gyroscope” and the “Caster” effect.

The front wheel of a bicycle acts as a gyroscope when it spins forward rapidly. A torque is applied by this acting gyroscope when the bike is tipped to the right or left. The handlebars will turn to the right or left due to the application of torque, and it will steer the bike. The wheels will come back under the bike and it will hold itself upright.

The other scientific principle that tries to explain why bikes may hold upright is the caster effect. It is a kind of self-alignment that can provide for straight steering.

A similar case can be found in the functioning of the office chairs. The wheels of an office chair will reorient themselves to follow the motion, in case the chair is moved around. Here, the steering axis of the chair is located beyond the ground contact point of the wheels. Therefore, the region where the wheel contacts the ground lies behind the steering axis of the chair. The same effect can be found in the bicycle.

The front wheel of a bike touches the surface of the ground somewhat behind the steering axis. When the bicycle changes its direction while moving forward, the wheel will follow it and will try to bring itself under the rider.

The Effects of Balancing and Steering

While the gyroscopic effect has been used often to explain the stabilization characteristics of bicycles, it may not be the predominant reason for it. The laws of physics state that a body wants to stay in its position. It will also hold a wheel that is spinning about its axis. In the same way, it may also hold true for the earth that rotates in a given spin axis or a common toy called spinning top.

The larger the mass, the larger will be the gyroscope effect and the affinity of a mass to be in a state of position in which it already is. While the heavy, big, and fast spinning motorcycle tires may have a more noticeable gyroscope effect, the same may not hold for lightweight bicycles. The common pedal bicycle has much lesser weight and the wheels also have less weight. If it would have been due to the gyroscope effect only, nobody would be required to learn how to ride and balance a bicycle.

The truth is that one can ride a bicycle only after learning the balancing and steering part of it. When a person rides a bicycle, he or she is making constant and tiny corrections to stay on the path he or she wants. The bike may fall to the right or to the left and the person riding it may subconsciously keep on steering at the bicycle and riding it. This balancing keeps the wheels coming back under the rider.

Occurrences like Wobbling also show that it is important to learn how to ride a bicycle. Almost all riders witness wobbling at some point in time. The beginners (who are mostly kids and children) often face the issue of wobbling when they try to ride a bike. For an expert cyclist, it may almost be imperceptible. The better one gets at making these right and left and the side-to-side corrections, the more perfect he or she gets at riding and making the requisite corrections subconsciously.

Numerous natural and other phenomena can be noticed and provide for the balancing of a bike. Some of the noticeable principles that have been studied for the balancing of the bikes include the caster effect and the gyroscope effect. However, a rider needs to learn how to ride, steer, and to corrections at the appropriate moment. Just like expertise in other skills, the more you ride a bicycle, the more perfect you get at it. Bikes should always be ridden under supervision unless the rider has gained enough expertise in it to control wobbling and to prevent falling over. 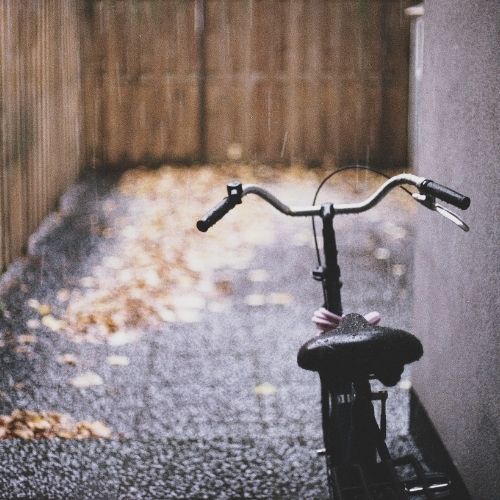 Why Won’t My Handlebars Tighten?

Do E-Bikes Charge While Riding? The Answer May Surprise You!