Top 3 Limitations of a Gravel Bike: Are they worth it? As a breed, cyclists tend to want it all. They love the feeling of speeding along on the open road, then getting out and trying to conquer the challenges of rough terrain.

It’s basically why hybrid bikes were invented, and it’s that kind of segmentation that led to the creation of gravel bikes, which are also known as adventure road bikes these days.

Every bicycle has limitations, though, and gravel bikes are no exception. They have a lot to offer, but there are some issues to consider, so let’s take a run through those so you know what you’re considering buying an adventure road bike or you already own one and you’re looking for more information.

There are three major limitations when it comes to gravel bikes, and they tend to work together. Think of them as a fulcrum of sorts; take away one, and another may quickly surface, so dealing with them is something of a balancing act. Not impossible by any means, but not always easy.

It should be noted, these downsides really do come down to being compared to a road bike! Gravel bikes have plenty of awesome things that make them a great all-around bike for many, many people. You can read more about that here.

1. Not quite as fast

Performance-wise, the biggest limitation of gravel bikes is speed. The thicker, rounder tires simply aren’t designed to go fast. As the names imply, they’re meant to handle a certain kind of terrain, and generally speaking, they do it quite well.

Another issue related to this one is the riding tactics employed by riders themselves. If you’re taking a casual ride on a gravel bike, you’ll probably end up riding upright a good portion of the time, which makes you less aerodynamic. That and the tires will slow you down, but for gravel bike riders it’s not really about the speed.

There is a partial workaround if that sort of thing interests you, however. Cyclists who want to have it all often buy adventure road bikes with plans to switch out the fat tires for regular road tires. It’s a great way to get the best of both worlds, even if it is a bit of a compromise.

The second major limitation of a gravel bike is the weight. Simply put, they’re heavier—usually about 25 pounds, give or take, compared to a typical road bike, which weighs in at around 20 pounds by comparison.

Much of this height differentiation is by design. The emphasis in building an adventure bike is on being able to handle gravel and rough terrain, and that takes extra weight to be able to do it effectively.

The skills of the rider play a role, of course, but heavier, higher-quality metals and alloys are part of the game when it comes to designing and building a great gravel bike.

There are ways to compensate for the extra weight, too. Advanced riders who can handle tough terrain often replace different components of the bike like petals and handlebars with custom parts, with the idea of losing a little bit of weight to get an edge. It’s an effective strategy if you have the budget for it, but it can be costly to implement.

Many of these same advanced riders will also try to cut weight in the tires to gain a performance edge, and typically they’re going for speed even in rough terrain. This isn’t something a beginner or a novice should try, but it is something to think about if you buy a gravel bike and you find yourself liking the experience enough to want to do it down the road.

The final limitation of a gravel bike is cost. Be prepared for a bit of sticker shock—prices tend to start at just under a thousand dollars, and better components made by high-end companies can run that number up quite a bit. Compare that with a quality road bike that can cost less than $500, and that should give you an idea of the cost limitation.

The reason for this is simple: premium engineering and expensive materials. These include carbon fiber and aluminum to handle rigorous terrain, and sealant tires to help prevent damage and punctures.

Why would you want a gravel bike?

They are fast on paved roads (not quite as much as road bikes) but can also handle the rigors of off-road riding (just not quite as good as a mountain bike). Gravel bikes are great for both fitness and adventure. So, if you are looking for a bike that can do it all, a gravel bike is a perfect choice.

While gravel bikes are not quite as good as other more specialized bicycles, they are a fantastic option for those that want to do everything but don’t want to have two different styles of bicycles.

Can a gravel bike do it all?

Gravel bikes are incredibly versatile and can be ridden on a variety of terrain. On the other hand, they’re not quite as nimble as a road bike and not quite as rugged as a mountain bike. So, ultimately, it comes down to what you want to use your gravel bike for. If you’re looking for a jack-of-all-trades bike that can handle anything you throw at it, then a gravel bike is probably a good choice. But if you’re looking for a specific type of riding experience, you probably should look elsewhere.

Is a gravel bike worth it?

If you’re planning on doing serious off-road riding, then a gravel bike is probably not the best option. However, if you’re looking for a bike that can handle a mix of terrain, then a gravel bike may be just what you need. Gravel bikes are designed to be versatile, with wider tires that can handle a variety of terrain, and frame geometry that is optimized for both comfort and performance.

One other factor that should be balanced against these limitations of a gravel bike is the simplicity of the design.

Road bikes often have plenty of bells and whistles, especially when it comes to gear, and this can increase the cost of repairs down the line.

Gravel bikes have no such issues when it comes to repairing costs. The more basic the design, the fewer parts there are to wear out or break down, and this, in turn, lowers the cost of repair over the life of the bike.

Your final decision should be based on your budget, preferences, and what kind of riding you do. Weighing the three limitations presented here will help you make the best possible decision, and it will also help you get the most out of your gravel bike if you do decide to buy one. 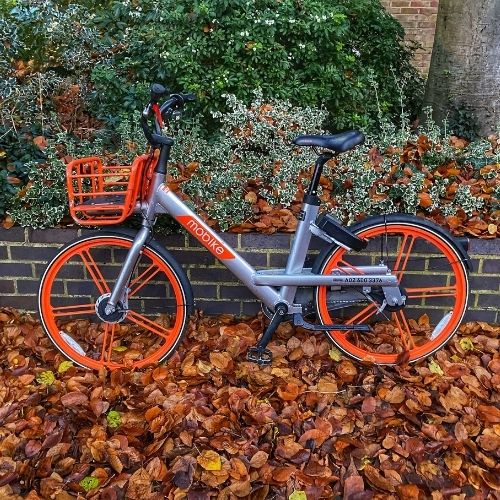 What are mag wheels on a bike? Yes, those really cool wheels Cycling Shoes: Are they worth it for you? Expensive Helmets: What makes their price so high?